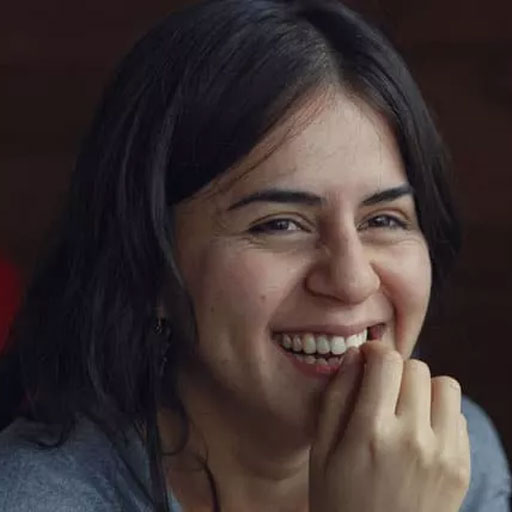 Egly Larreynaga Pacas is an actress, director, playwright and cultural manager, with 20 years of experience in the performing arts.

She started her studies at Centro Nacional de Artes, CENAR, and her acting career began with the legendary Salvadorian company Sol del Río.

She lived in Spain for seven years and she worked with different professional companies. She founded the Cultural Company and Association Los Perdidos Teatro in Madrid. She was invited to run the Madrilenian Company Teatreras, formed of migrant women. Her work during that time was part of an academic investigation: Art, Intervention and Social Action published by the 5 Publishing House in Madrid.

She arrived in El Salvador in 2011, and she founded, together with other actresses, the Azoro Cultural Association, as well as Teatro del Azoro and La Cachada Teatro companies, the latter comprising women from the informal sector. Both companies have had a national and international impact and have participated in international festivals in Spain, Miami, Argentina, Bolivia, Mexico and Central America. Their impact was marked in all major media, such as: BBC, Spanish TV, El País, and Wall Street Journal.

In 2017, the Seattle Foundation selected her as a Central-American leader. At present, she is a member of the UNICEF Advisory Board for Children’s Rights.

Two documentaries on her work, Espejo Roto by Marcela Zamora and Cacahada by Marlén Viñayo, will premiere at the prestigious South by Southwest Film Festival in Houston, Texas.