Alexandru Weinberger-Bara (1995) is a theatre director based in Vienna. He was born in Oradea and he studied theatre directing at Max Reinhardt Seminar within the University of Music and Performing Arts in Vienna, where, besides the performances he directed as a student, he also was an assistant director at the Volkstheater Vienna and Residenztheater München and he directed reading performances in performative/scenic format for Volkstheater, Schauspielhaus and for the Hin und Weg Festival Litschau, Austria. While still a student, he created The Man with the Box of Matches with texts of the novel Niederungen (Lowlands) by Herta Müller, a radio show for ORF (Österreichische Rundfunk).

Immediately after graduation, in 2017, he started to stage his first performances outside university: Compassion. The History of the Machine Gun by Milo Rau (Volkstheater Vienna, currently taken over by the National Theatre in Hannover, Germany), Miss Julie by Strindberg (Qeen Mary Theatre, Oradea), Botul Meu de Javră by Werner Schwab (independent performance in co-operation with WERK X-Petersplatz Theatre in Vienna), Thirst for Freedom by Konstantin Vlasich (KuGa, Grosswarasdorf, Austria) and The Presidents by Werner Schwab (Theater Delphin, Vienna).

He is also a co-founder of the baldanders theaterkollektiv team in Vienna, where he activates as a director and producer. In 2020 he directed the Austrian premiere of the play– Fluss, stromaufwärts (În amote) by Alexandra Pâzgu (a co-founder baldanders) in co-operation with the WERK X-Petersplatz Theatre in Vienna. The performance was also broadcast online in Romania within the Theatre International Platform, Bucharest. 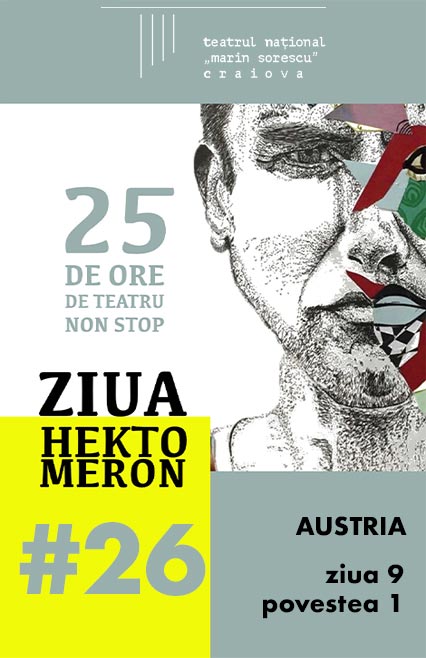