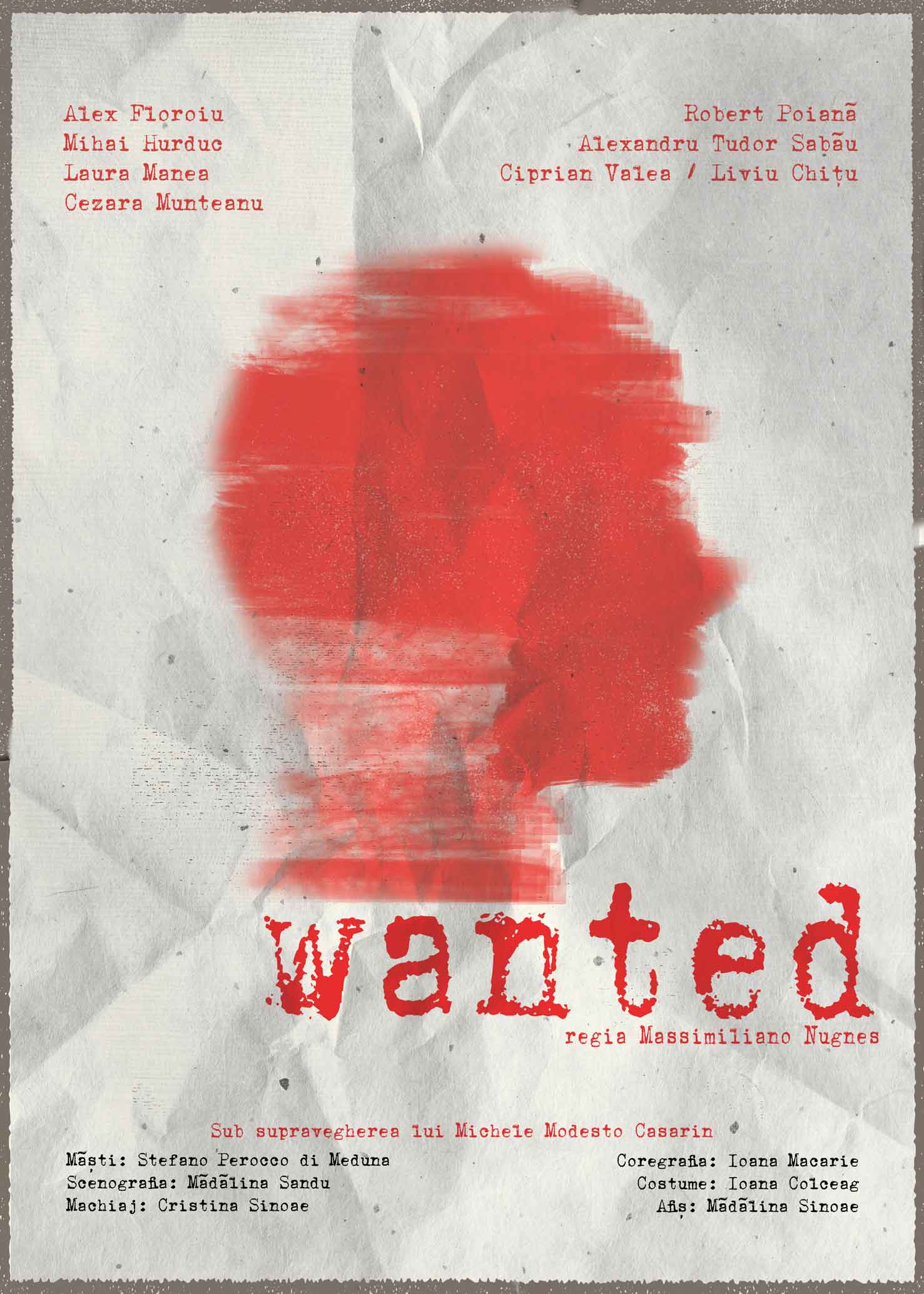 Wanted is about man’s inability to see beyond things. Preoccupied with his thoughts, fears and ambitions, man forgets to be a man. Pantalone accuses unjustly, without seeing the truth in front of his eyes, Dottore marries his daughter against her will for the sake of social status, Capitano is only concerned with his well-being, and Matilde is about to give up love in favour of freedom. Only the popular characters, like Speloncina and Cannolo, though poor and dirty, are lucky enough to live in the feast, through small preoccupations and customs, given by nature. But as in any story, there is good and evil, hero and antagonist, and someone has to set things right, and that is Alfonso. For unknown reasons, the hero disappears on the night of the ball given in honour of Matilda, causing a series of trials and conflicts in the lives of others. His saving appearance, in a moment of balance, restores the balance of the community and returns things to their natural course.

WANTED” is the first independent Commedia dell’Arte show in Romania, written and directed by Massimiliano Nugnes, and produced by the Actors Guild.

There are currently no reviews for Wanted