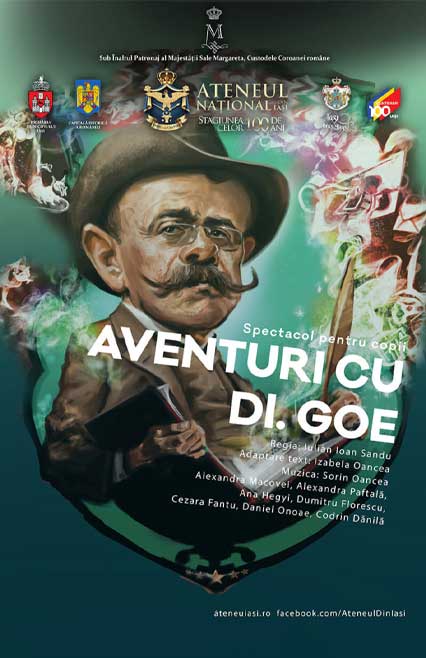 Who hasn’t heard of Mr Goe? The untamed character, born from the pen of the great writer I.L. Caragiale, is coming to Ateneu!

We are waiting for you with the little rascals at a show where laughter and a good mood are guaranteed!

“A comic genius, Caragiale reflects most faithfully, in the current context, realities related to inculture, characters, and education, perfecting the theatre of social satire.

In the centenary year, Ion Luca Caragiale challenges us to meditate on the comic, to discover among the laughter, the sadness of eternal behavioural problems, and more challenges us to be better, offering real-life lessons, so alive and current.

Caragiale’s universe is an eternal show, which punctuates with humour the flaws of our society, to correct them, imagination being the key that opens an unseen universe.” – Iulian Sandu, director

Reviews for: Adventures with… MR. Goe

There are currently no reviews for Adventures with… MR. Goe