Actor and theatre director. Born 1994 in Vilnius, Lithuania. In 2016, graduated from the Lithuanian Academy of Music and Theater (course leader Oskaras Koršunovas), were he acquired a bachelor’s degree in acting. During studies he started to performed in Lithuanian National Drama Theatre, Oskaras Koršunovas Theatre and other also participated in the Vilnius International Festival Sirenos.

In 2016, Artiom Rybakov directed his first performance  – UFO a play by Ivan Vyryapev, the performance was presented in Vilnius Planetarium. Experimenting with directing generated great interest to pursue this career.

In 2017,  Artiom Rybakov organized creative workshops for actors and performers, were main goal was to experiment and practice with different forms of theatre and methods of acting.

In 2018 – 2019,  worked in Poland – Och-theater, Warsaw and Russia – Bolshoi Drama Theater (BDT), where he assisted for director Ivan Vyrypaev.
In 2019 – 2020,  he presented and organized a cycle of reading Ivan Vyrypaev’s newest plays which took place at the OKT / Vilnius City Theater.

In the same year, he directed two plays by Ivan Vyrypajev at the OKT / Vilnius City Theater: Iran Conference and Summer Wasps sting us even in November. 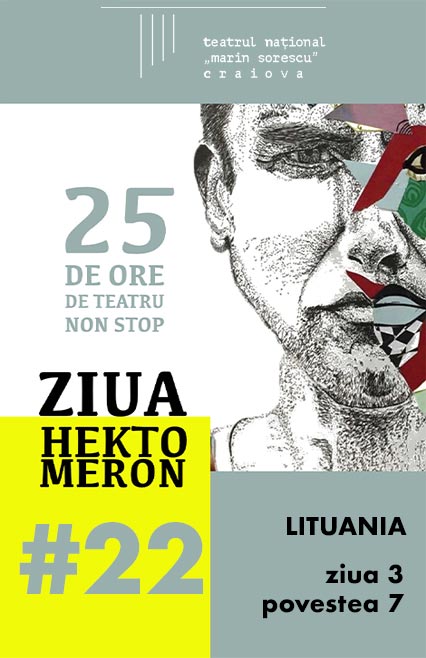