One of the most important Romanian actors at present, Marius Manole, is playing for the first time on the stage of the “Marin Sorescu” National Theatre of Craiova, in a unique performance directed by Radu Afrim. The two artists’ one-man show is to conclude the series of the 100 episodes of the Hektomeron, a big theatrical project, watched online by  onlookers worldwide.

Marius Manole and Radu Afrim are the Romanian artists who are to conclude the series of 100 episodes of the Hektomeron: they are preparing episode number 100: day 10, story 10, in Boccaccio’s Decameron.

The two artists’ collaboration has been a prolific one over time, they have worked together for as many as 8 performances – all of them relevant in the theatrical landscape: The Beach by Peter Asmussen,  at “Maria Filotti” Theatre in Brăila, LAV (reading) by Stefan Lindberg, at Act Theatre, and America-ştie-tot by Nicole Duţu, at Green Hours’ Luni Theatre,  in 2004,  The Avalanche by Tuncer Cücenoğlu (2010), Năpasta by I.L. Caragiale (2012), Thievesby Dea Loher (2014), and, most recently: Forest of the Hanged after Liviu Rebreanu (2018), Three Sisters – an (un)naturally free script  after Chekhov (2019), All’s Good between Us by Dorota Masłowska, all staged at the “I.L. Caragiale” National Theatre in Bucharest.

Coincidentally or not, in 2016, Marius Manole and Radu Afrim were both decorated by the President of Romania with the Order of Cultural Merit in the Rank of Knight, category D, Performing Arts. 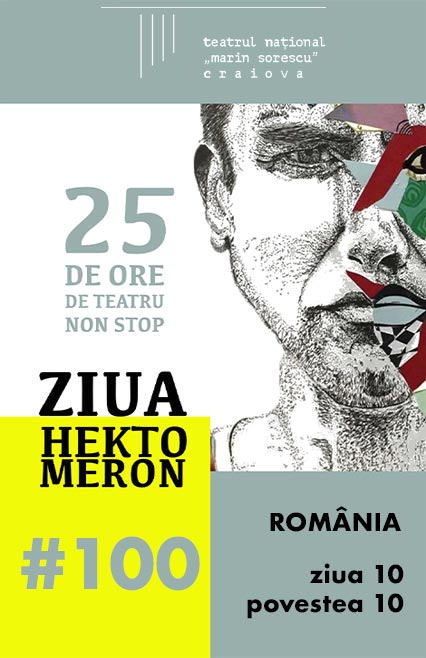